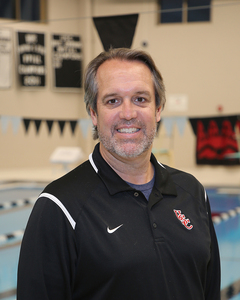 Dave is in his 11th year as Head Coach of the Upper St. Clair High School Swimming & Diving Team. In Dave’s previous 10 years as Head Coach the girls team has won 4 section titles and finished as the WPIAL runner-up twice. The boys team has won 7 section titles, finished as WPIAL runner-up 6 times, won the WPIAL Championship in 2021 and the the boys team was also the PIAA runner-up in 2015. In addition to the team accolades, under Dave’s leadership the team has produced 10 individual event WPIAL champions and numerous relay team champions. USC swimmers also currently hold 2 individual and 1 relay WPIAL record. At the state level, in the past 10 years USC swimmers have won 7 PIAA individual event championships, 4 PIAA relay championships, and currently hold 2 PIAA records (Boys 200 Medley Relay, Josh Matheny 100 Breaststroke). Dave was named the PIAA “Coach of the Year” for AAA Boys in 2014, and also served on the staff for Team USA at the FINA Junior World Championships that were held in Budapest, Hungary in August of 2019. 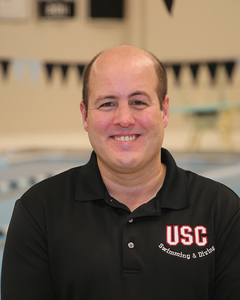 Andrew is an Upper St. Clair Swimming and Diving team alumnus, graduating in 1995. He began his diving career when he was just 8 years old and before joining the Pitt Aquatic Club's competition team in 1993; Andrew spent most of his time on the board at his summer pool. Diving all four years in high school, Andrew finished as runner up in the 1995 WPIAL Diving Championship. He went on to take 9 th place at the state competition that same year. Andrew has been coaching the diving team since the 2014 season. His deep passion and understanding for the sport is apparent to all that know him. From time to time, you can still catch Andrew on the diving board. Whether for fun or demonstration purposes, "once a diver, always a diver." Coach Halliwell is very enthusiastic about teaching the next generation of USC divers. GO Panthers! 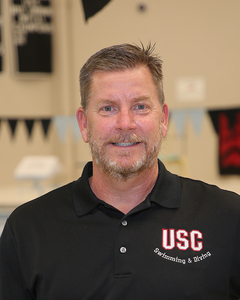 Rejoined the swimming coach ranks with the USC HS program in November 2018. My previous coaching career spanned from 1991 through 1998 which included 1 year as an Assistant Coach at the University of Maryland. After returning to Pittsburgh, coached the Age Group program and Assistant HS Coach at Bethel Park for 7 years. As a coach at Bethel Park, developed multiple Junior National qualifiers prior to entering High School and lead the Men’s HS team to a PIAA State Championship in 1996 (interim Head Coach). My individual swimming career started at Bethel Park HS that included a 2 year WPIAL champion and record holder and multiple year PIAA State Runner-Up in the 100 Breaststroke and 200 IM. I attended the University of Maryland and accomplishments included Individual ACC Champion, NCAA Division 1 and US Olympic Trials qualifier in the 100 Breaststroke. 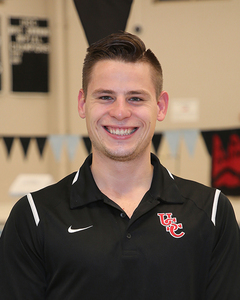 As a coach, Alex began coaching in the summers of 2010-2015 for the Bower Hill Barracudas, serving as the club’s Head Coach. During that span of time, Bower Hill won four straight Summer League titles (2010-2013). At Emory, Alex coached for Eagle Swim Club, working with their competitive 5th through 8th graders. Alex is currently the Associate Head Coach of Pittsburgh Elite Aquatics (PEAQ), and had the honor of coaching at the 2019 Allegheny Mountain Swimming Elite Camp held in Orlando, FL. Outside of PEAQ and Upper Saint Clair High School swimming, Alex can be found on the Upper Saint Clair Fort Couch Staff and the Head Coach of Chartiers Country Club. Alex feels his passion to give back to his community and provide a safe place for the swimmers to grow, learn, and achieve their goals is what keeps his enthusiasm and smile shining bright!